Last day of the year and was keen to get out and try to see if I could add one new species to my 2013 list today. No luck with that but still an enjoyable day around Akrotiri.

It was raining heavily when I left Nicosia this morning but the Akrotiri area was dry all day. Had good views of a Eurasian Bittern at Phassouri. Spent some time trying to locate the Reed Bunting I had heard but found many Water and Meadow Pipit and several Common Snipe. There were at least seven Common Buzzard flying over the area as well as five Marsh Harrier and a European Sparrowhawk.

There are at least 8000 Greater Flamingo on the main Salt Lake and around two hundred Common Shelduck with some Common Teal and Northern Shoveler as well. Yet more Marsh Harrier were quartering the Salt Lake and there were around eighty Golden Plover together with smaller waders – mainly Kentish Plover. On Lady’s Mile there were about five hundred Black-headed Gull, twelve Armenian Gull, a couple of Sandwich Tern and a few Caspian Gull as well as fifty Little Stint and a Dunlin. 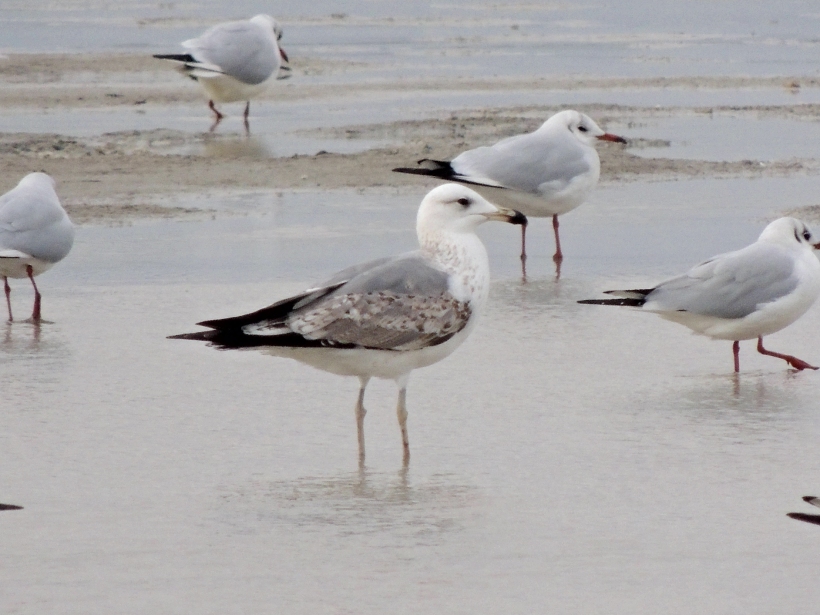