A flock of nineteen Common Sandpiper were on the coast near the airport at Larnaca this morning and another five were on the Sewage Works Pools. Two were also at Akhna with five Green and two Wood Sandpiper. A Spotted Redshank in breeding plumage flew over Spiros Pool and another was at Akhna. Two Ferruginous Duck and the long-staying Common Shelduck were in with the Mallard on the Sewage Works Pool. There were Black-winged Stilt and Spur-winged Lapwing at the Sewage Pools, at Akhna and also at Oroklini. Three chicks were at the Sewage Pools and also at Oroklini.

A Temminck’s Stint, an adult Gull-billed Tern and three Greenshank were at Akhna with two Little Stint and a Common Redshank on the Sewage Pools. There was a Squacco Heron, nine Cattle Egret, nine Grey Heron, two Little Egret and six Glossy Ibis at Akhna and sleeping towards the back of the main pool of Oroklini were three Eurasian Spoonbill. Behind them was a Black-tailed Godwit.

Other than waterbirds I found a juvenile Masked Shrike near the Sewage Pools, a European Roller and two Eurasian Hoopoe near Tekke Mosque with another Hoopoe at Akhna. A male Black-headed Wagtail flew very close to me on the edge of the Salt Lake and may have been doing some kind of distraction display. 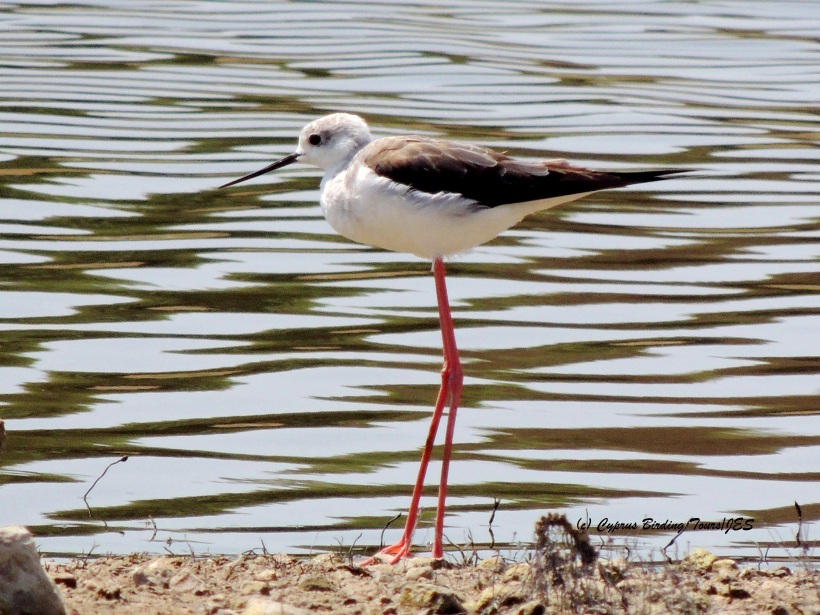