A good selection of ducks at Athalassa Dam this morning although only the Northern Shoveler and Eurasian Teal were obliging enough to be seen from the hide there. A female Tufted Duck, female Common Pochard and two male and a female Ferruginous Duck were present but could only be seen through the gaps in the waterside vegetation now that the water level is so high.

Singing Cyprus Warblers could be heard as I drove from Pyrga to Panagia Stazousa. I counted and saw at least 12 males and two females but heard several others as well. 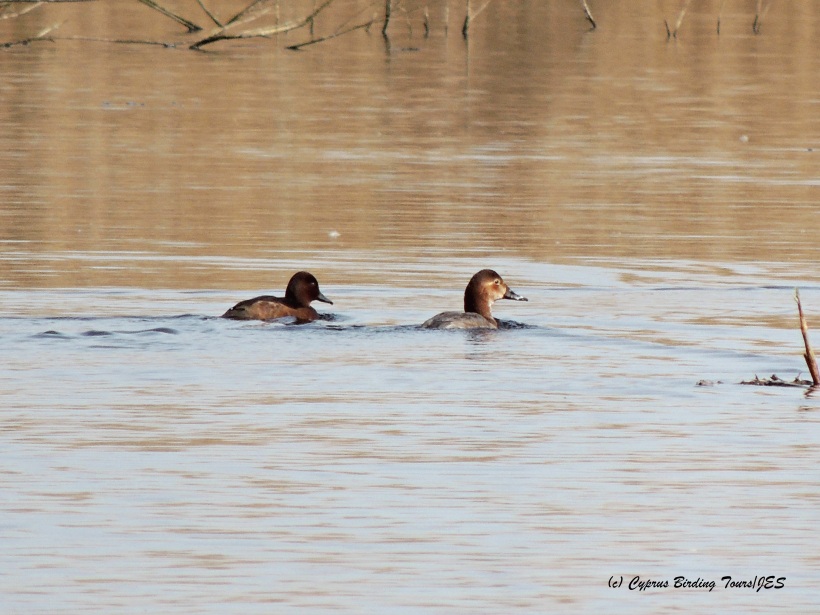