Too nice a day to sit at laptop so went out for a few hours around Agios Sozomenos. Best birds were a pair of Long-legged Buzzard flying together and being mobbed by the many Western Jackdaw of the area. One of the Long-legged had nesting material in its talons. A Bluethroat was a surprise spot, sitting on a bush singing briefly. Found a female and two male Finsch’s Wheatear. The female was at least a kilometre away from where I had seen one at the end of last year so there must be two of them in the area this winter. Spectacled Warbler and Corn Bunting were singing and I also found a female Cyprus Warbler and heard a Little Owl calling. 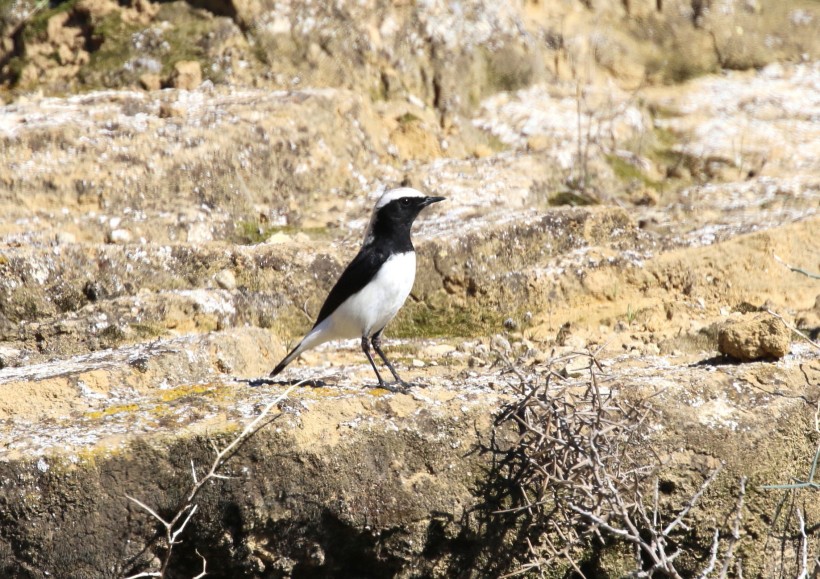