It’s always good to spend some time out with Terry and Sarah and today was no exception. We headed straight to Akrotiri with the intention of trying to catch some of the raptor migration passing over the area. Most of the raptors we saw were European Honey Buzzard and Western Marsh Harrier but many of them were passing over quite low, meaning we had good views and we also watched a group of Grey Heron feeding at Zakaki Marsh chase off one of the Marsh Harrier over that location. Waders included the Cyprus rarity – a Bar-tailed Godwit, lots of Kentish Plover, a juvenile Ruff, a Sanderling and several each of Dunlin and Curlew Sandpiper. A single Greater Flamingo feeding on Lady’s Mile gave some photo opportunities and we found a couple of Ferruginous Duck on a quick visit to Bishop’s Pool.

Plenty of European Bee-eater were migrating over throughout the day, many of them very high and we saw a lot of Red-rumped Swallow, Sand Martin and Barn Swallow as well as several late Common Swift. Not so many shrikes around as in early September but we saw a couple of juvenile Red-backed Shrike and Lesser Grey Shrike.

An afternoon visit to Kensington Cliffs gave us the chance to enjoy the acrobatics of both adult and juvenile Eleonora’s Falcon, who in turn mobbed a migrating European Honey Buzzard and then two of the resident Eurasian Griffon Vulture returning from their inland feeding stations. On the way back to Paphos we stopped at Asprokremmos Dam where there was a European Golden Oriole feeding in a ficus tree – thanks to Alan and Lynn for showing us the location – and we also found a female European Pied Flycatcher. 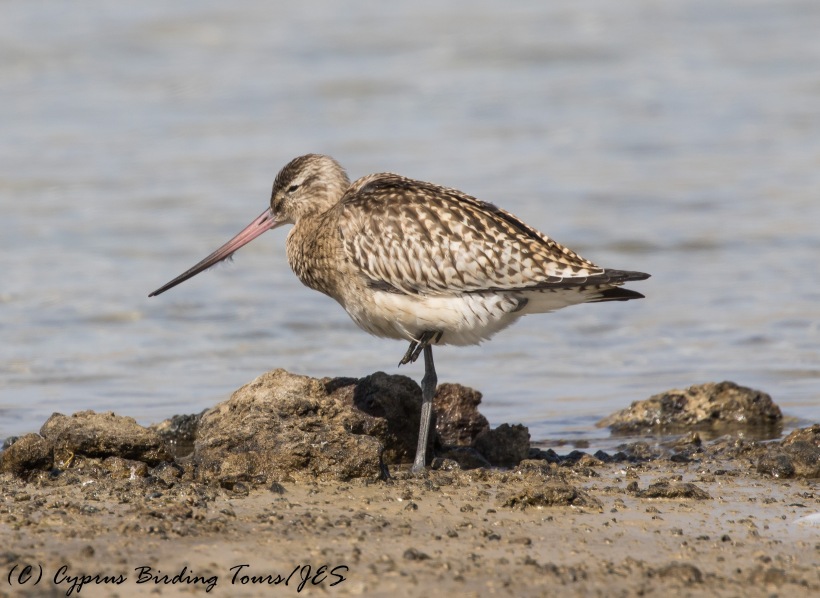 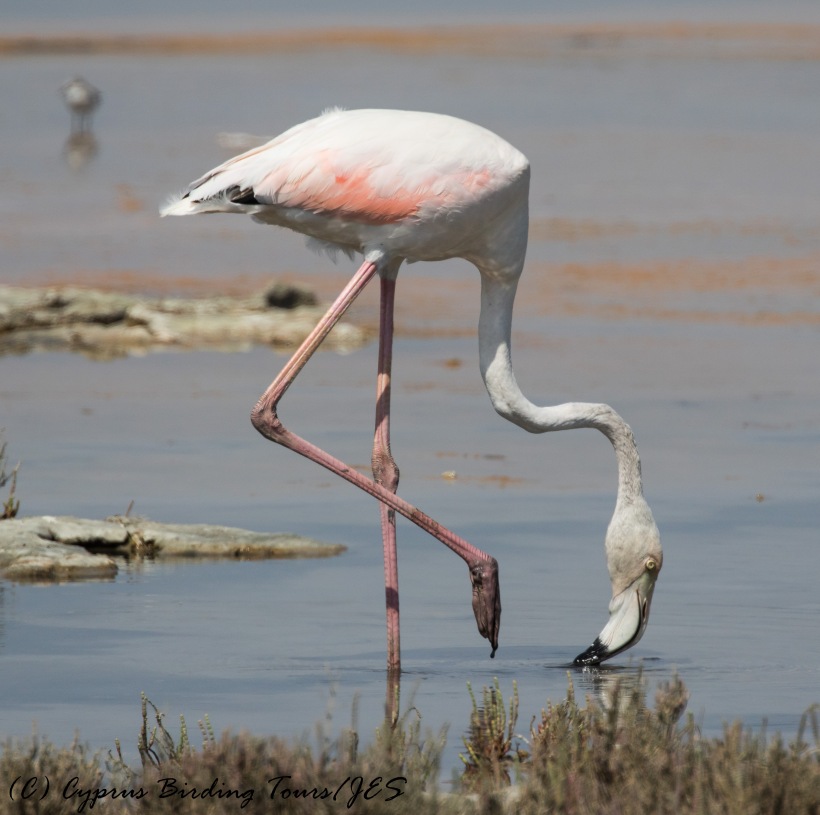