Migrating duck, wader and heron spp usually start appearing offshore on the northern coast of Cyprus at this time of year. This morning between 7.00 and 8.30 am I had six Cattle Egret (see photo), around 20 Glossy Ibis, four Garganey and nine Common Sandpiper. Larger flocks would be expected from second week of August onwards until mid/late September. 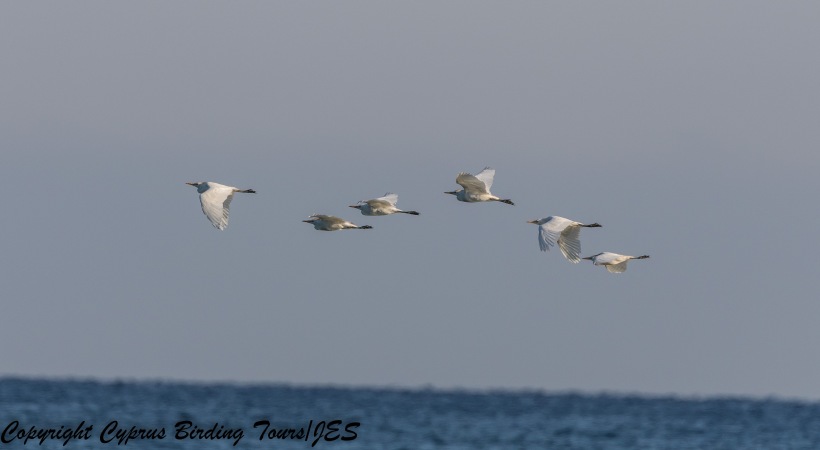