Meneou Pool is the only one of those scattered around Larnaca Salt Lake to have water in it at present and its muddy edges are just right for feeding waders. Since Monday I’ve been lucky enough to see several of the rarer waders to Cyprus there – a Red Knot on 11th & 13th August, two Sanderling on 10th and 11th and then three Broad-billed Sandpiper on 14th. None of them approachable for photos except this morning when one Broad-billed Sandpiper was close enough for me to get the cropped photo below. Also around in variable numbers each day were Common and Little Ringed Plover (also photographed today), Little and Temminck’s Stint, Ruff, Dunlin, Curlew Sandpiper, Common Greenshank, Common Redshank, Marsh Sandpiper, Collared Pratincole, Little Tern, White-winged Tern, Garganey, Black-headed Gull, Slender-billed Gull, Teal, Grey Heron, Glossy Ibis, Little Egret, Stone Curlew, Spur-winged Lapwing, Common Snipe, Common, Wood and Green Sandpiper and many Black-winged Stilt. 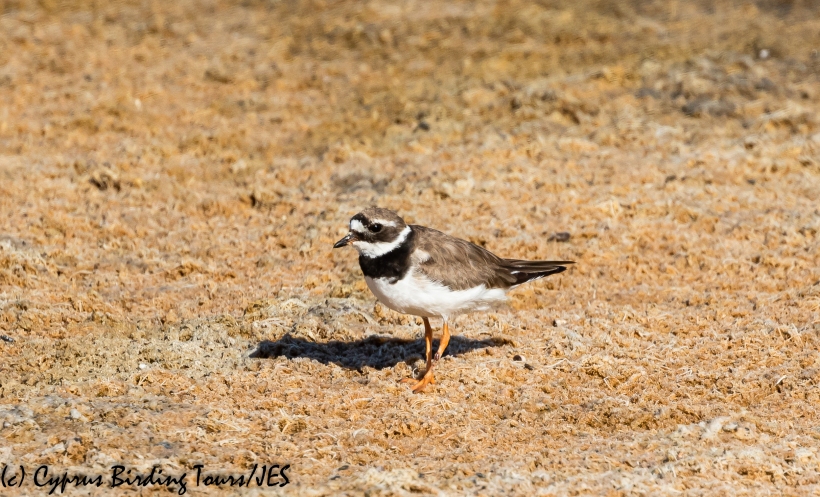