This was the third year that I had taken Peter and Jean out and we started the first of two days out this autumn at Mavrokolympos Dam, continued through Akoursos to Kathikas, spent a couple of hours in the valley behind Arodes before driving to Kannaviou Dam. We finished the day as light was fading at Evretou Dam after a drive through the Saramas Valley. 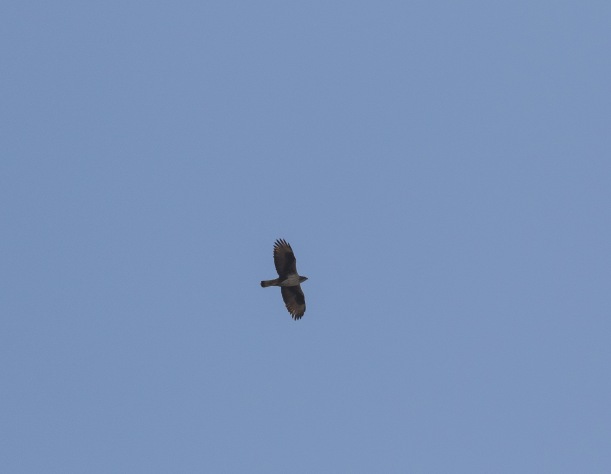 Just a few hours around Troodos this morning before it got too hot. Birds seen included: 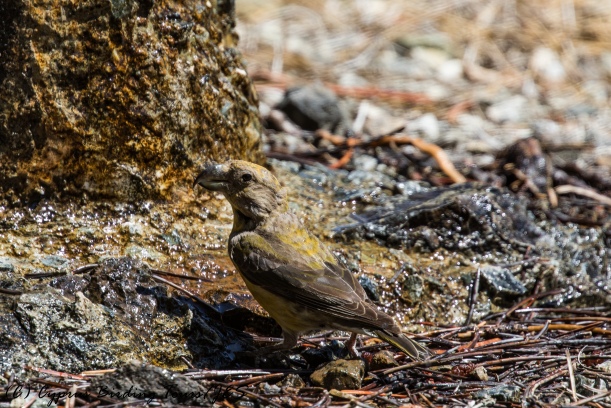 A few days in Droushia exploring the area and doing some birding. Passed by Mandria, Timi and Paphos Sewage Works on Friday morning where there were a few Red-footed Falcon, a couple of European Roller, single migrating European Honey Buzzard, dark morph Booted Eagle and Black Kite, three migrating Western Marsh Harrier, a couple of Red-backed and Lesser Grey Shrike, Northern Wheatear, Whinchat and newly arrived White Wagtail, a flock of Yellow Wagtail and a fly over Red-throated Pipit.

In the Akamas area and down in Polis Chrysochou Bay there were migrating Little Egret, Great Egret, Grey and Purple Heron, Alpine Swift, European Bee-eater and Red-footed Falcon. Also seen were an Eastern Black-eared and Northern Wheatear, several Whinchat and Cyprus Wheatear, Red-backed Shrike, Willow Warbler, Spotted Flycatcher and Common Redstart. Unexpected birds were a European Nightjar flushed from an olive grove by a hunting Common Kestrel, a Common Kingfisher flying over the Baths of Aphrodite and a Northern Goshawk flushed from a large carob tree as I drove past near Fasli. 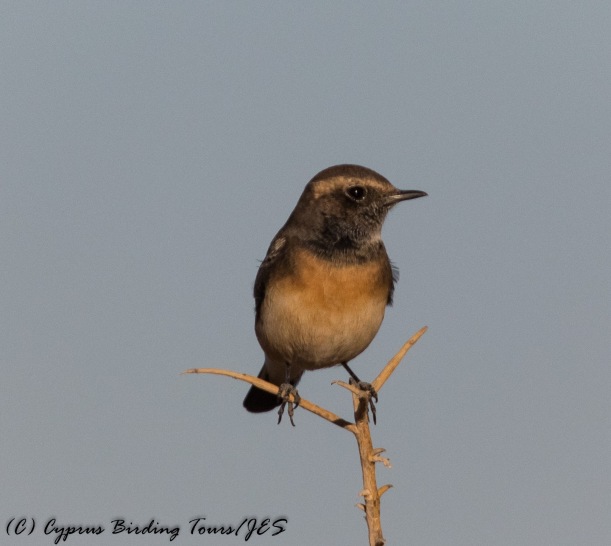 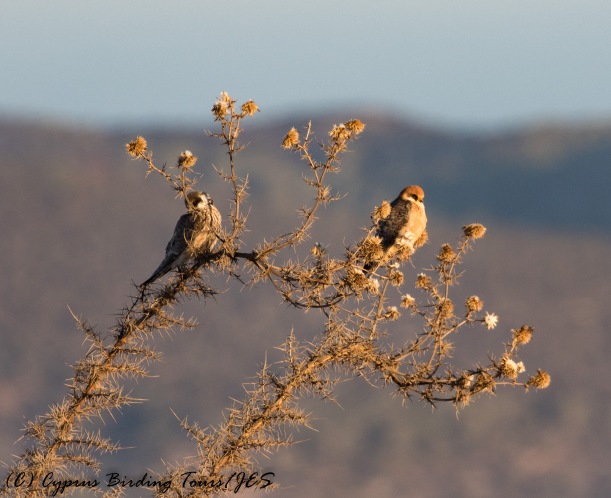 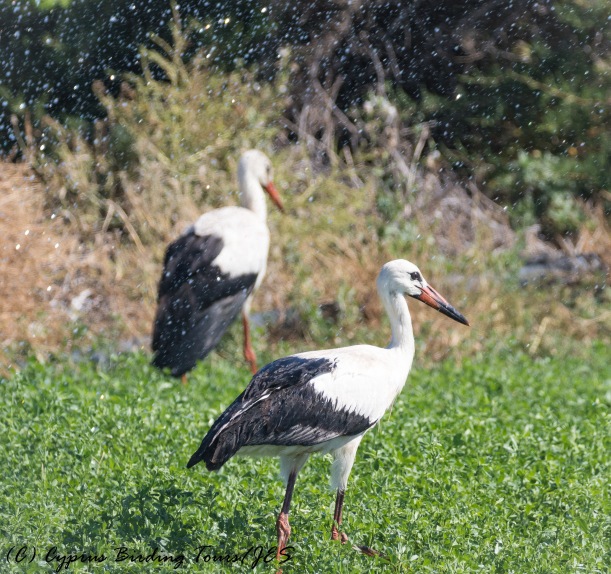 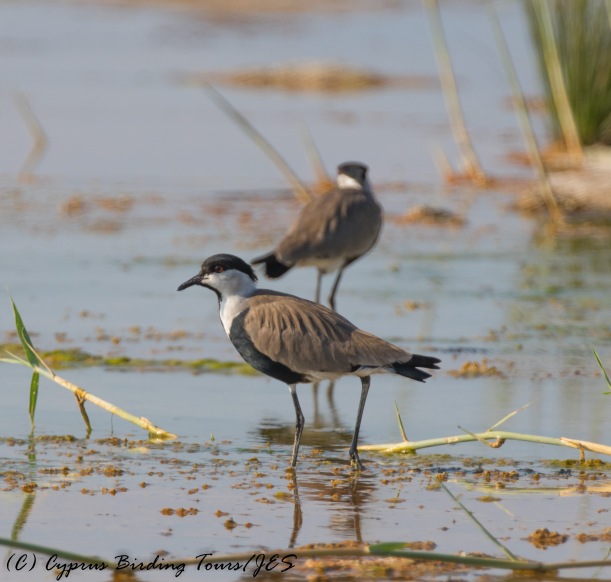 Picking Bernie and Gill up in Latchi we headed for the Smygies/Agios Minas area behind Neochorio. We saw the first of many European Bee-eater there as well as two Cretzschmar’s Bunting, a Whinchat, a Cyprus Wheatear, a couple of Spotted Flycatcher and an adult Masked Shrike. A covey of ten Chukar kept us entertained especially as a juvenile tried to climb into an olive tree as we drove past.

At Arodes we found another Cyprus Wheatear and spent some time watching and checking the ID pointers of a female Eastern Black-eared Wheatear. We also saw a male Spanish Sparrow, several Sardinian and Willow Warbler and juvenile Red-backed and Masked Shrike. The sound and sight of more European Bee-eater dominated the area. Driving from Kathikas through Arkoudaleia and Miliou we saw a male Eastern Black-eared Wheatear and a Lesser Grey Shrike.

We spent some time at the shallow end of Evretou Dam. There were many Yellow Wagtail, Barn Swallow and a couple of Sand Martin, yet more European Bee-eater as well as one each of Black-winged Stilt, Dunlin, Little Stint, Ruff and Common Kingfisher. Here we also saw a Long-legged Buzzard and more unexpectedly a Common Kestrel noisily mobbing an adult Northern Goshawk. The latter spectacle interrupted our lunch as we sat and ate our sandwiches in a small olive grove. We weren’t complaining though!

A good day out with a mixture of species seen. European Bee-eaters provided the soundtrack of the day with the Northern Goshawk and the European Rollers providing the birding moments of the day. 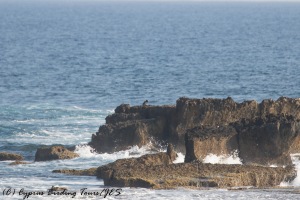 Just like the first morning out with Jon, on 3rd August, today’s highlight was an unexpected sighting of a species not on the list of likely birds for the day. This time it was a juvenile Northern Goshawk which flew in front of us at Mavrokolympos Dam chasing six Chukar. It almost caught one of them and we saw the bird briefly on the ground before it returned across the valley and was lost to sight. The decision to visit the Dam turned out to be a good one as not only did we see the first migrating Lesser Grey Shrike of the autumn but also got great views of a male Cyprus Warbler, saw several Cyprus Wheatear, four Green Sandpiper and had a fly-past Eleonora’s Falcon.

We then spent some time in the valley behind Arodes where we found another Lesser Grey Shrike, two Woodchat Shrike, several Masked Shrike, some European Turtle Dove and a European Roller as well as two Eurasian Hobby. A European Serin flew overhead and we saw a flock of at least twenty Chukar – but not with a chasing raptor this time. Returning to Paphos we drove over Minthis Hills which gave Jon the chance to get a good view of a Spectacled Warbler. 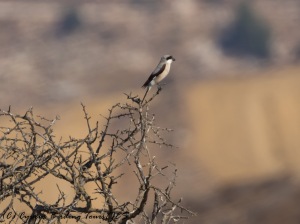