Luckily the dust cleared at Cape Greco early on this morning and although again there was little evidence of the raptor migration I was looking for there was a noticeable movement of gulls offshore as well as a good collection of spring migrants and evidence that the breeding season is now underway.

A Peregrine Falcon was in the area and a female Marsh Harrier was resting on the ground near the Sea Caves in the afternoon. Nearly two hundred Yellow-legged Gull passed round the Cape during a four hour watch in the morning and there were five Lesser Black-backed Gull in with them – three Heuglin’s or Siberian Gull and two Baltic Gull. For five minutes a Common Cuckoo was calling across the area and two Cyprus Wheatear were singing on their territories as were three Cyprus Warbler and several Spectacled Warbler. I saw a male Spectacled Warbler taking food into a bush – presumably feeding young. House Sparrows were mating, flying around with nesting material and also carrying food.

At Oroklini on my way home there were two Baltic Gull on the water and twelve Greater Flamingo. Three Black-tailed Godwit are still present and two male Red-crested Pochard were out in the open looking very smart. At least twenty Black-winged Stilt are now in the area and both Sedge Warbler and Reed Warbler were singing around the new observation platform. A surprise was a Glossy Ibis that flew in just as I was about to leave. 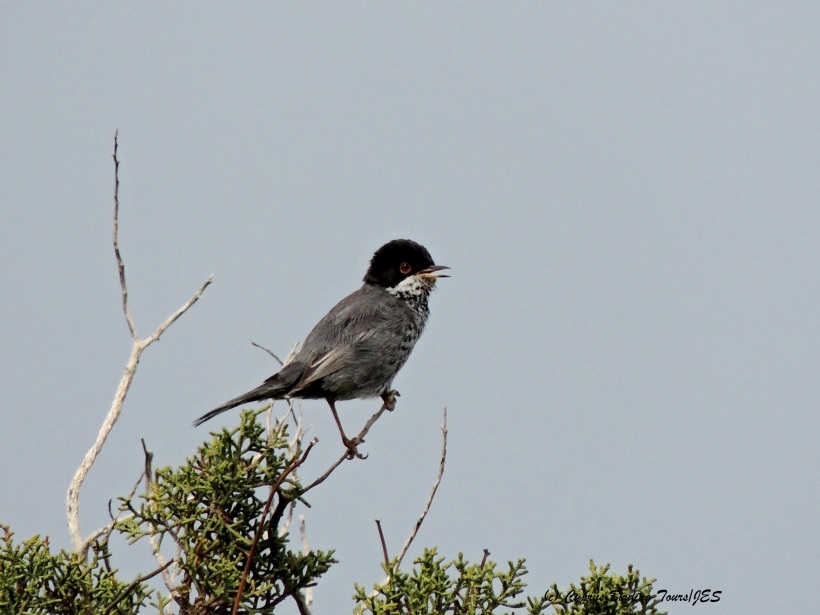