The fourth and final trip out with Ann and Peter this spring was back in Paphos for a four hour catch up with what was around. No Cyprus firsts today but we did have a good selection of migrants at Anarita Park although Mandria and Agia Varvara were quieter.

Two Lesser Kestrel greeted us as we entered the area and then we saw a female Woodchat Shrike and the first of five males. A couple of Tawny Pipit were feeding on one of the slopes and small groups of Tree Pipit were flying around. As we drove around the area we found two more Lesser Kestrel, a Little Owl, an Ortolan Bunting, several male and female Eastern Black-eared Wheatear, a couple of Northern and Isabelline Wheatear, a Great Spotted Cuckoo, two Whinchat and a male Blue Rock Thrush. We heard a male Eastern Subalpine Warbler singing from deep inside a bush but it did not emerge into the open. We did see a couple of Lesser and Common Whitethroat though as well as many of the resident Sardinian Warbler. We also heard a male Cyprus Warbler singing and found several Cyprus Wheatear setting up territory. Three Alpine Swift flew over as well as several Red-rumped Swallow.

It was quieter down at both Agia Varvara and Mandria although we did see a Common Quail come in off the sea and fly down into a barley field and find a Yellow Wagtail intergrade – superciliaris. 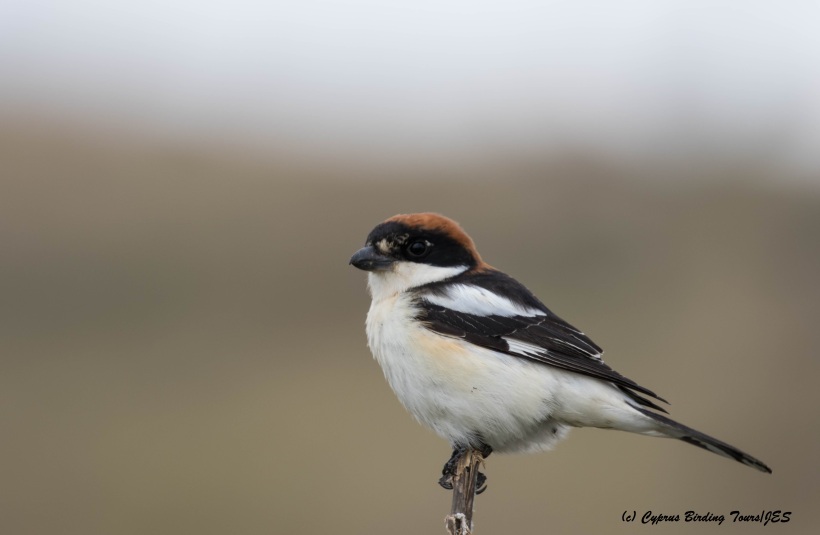