An odd mixture of birds this morning around the area to the south of Larnaca Airport including this adult Great Spotted Cuckoo who was feeding on caterpillars on the salt marsh – presumably getting ready to return to its wintering grounds in Africa. An Eleonora’s Falcon flew over the area from east to west. A Woodchat Shrike on the track to the Sewage Works hide was an odd find for June. On the Sewage Pools were three Slender-billed Gulls and a White-winged Tern. I heard a Eurasian Curlew and there were two Ferruginous Duck and the long staying Ruddy Shelduck on the water with the usual Mallard, Little Grebe and Eurasian Coot. One of the Spur-winged Lapwing had three small chicks. 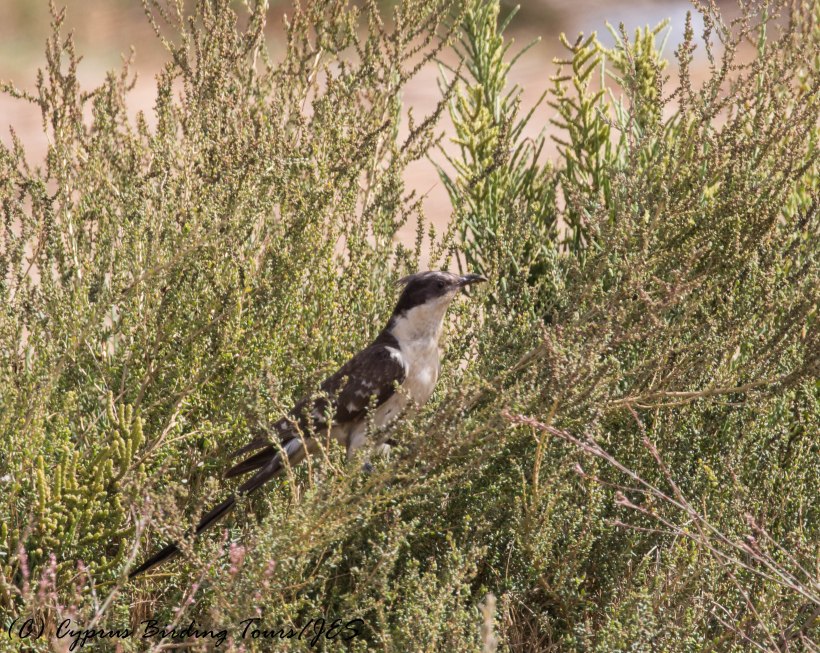