After a stormy night it was still windy and showery around Larnaca this morning as I did the Waterbird Count. Nearly a thousand Northern Shoveler on the Sewage Pools and over 500 Common Teal with plenty of Mallard, Coot, Little Grebe and Black-headed Gull. Thirteen Greater White-fronted Geese have arrived as have four Black-necked Grebe and four Common Shelduck. Among the ducks I found one Northern Pintail and one Ferruginous Duck. Four Black-winged Stilt were feeding around the edges together with a Bar-tailed Godwit, three Sanderling and some Common Redshank, a Greenshank, five Ruff and a few Little Stint. I found one adult Caspian Gull, two Armenian Gull and several Yellow-legged Gull.

On Spiro’s Pool there were over forty Golden Plover but no water. At the Kamares area of the main Salt Lake there is some water and an interesting selection of birds included 100 Kentish Plover, a couple of Common Ringed Plover, some Dunlin, Little Stint and Common Redshank as well as a Jack Snipe. There were a couple of Water Pipit and at least one Penduline Tit and two Reed Bunting in the reed beds. Two Marsh Harriers were overflying as was a Eurasian Sparrowhawk. 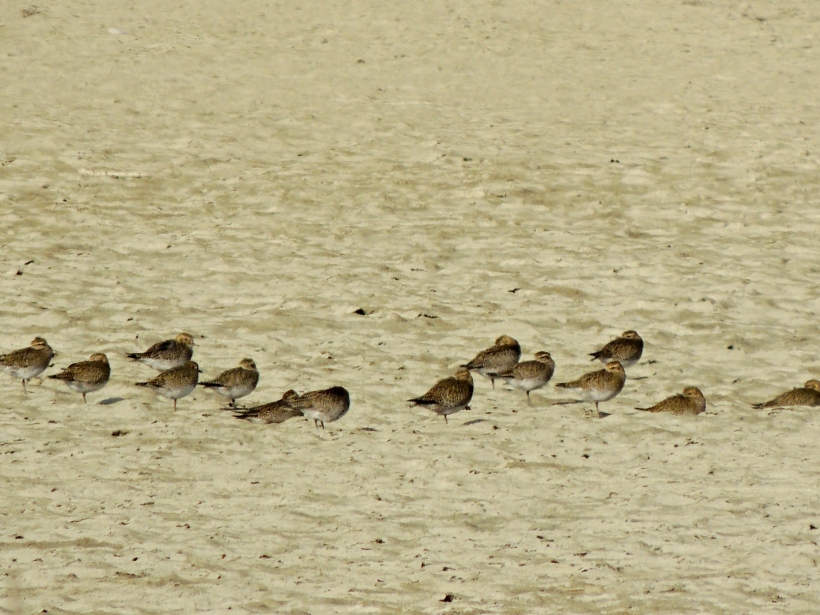